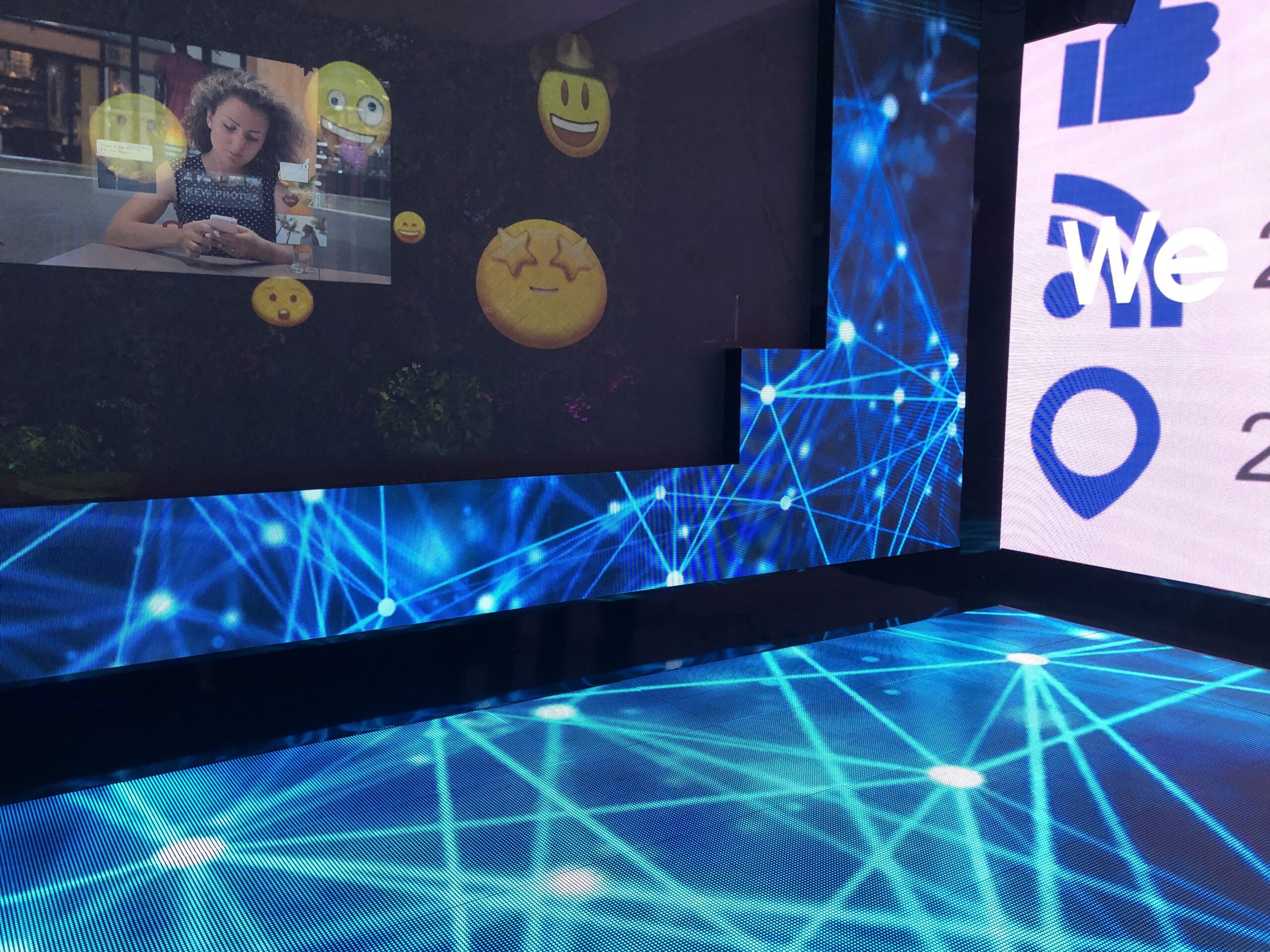 Looking for more creative event ideas and ways to make your next event stand out from the crowd? Look no further, we’ve got you covered. We’ve broken down each key aspect of an event and given you some ideas for each. However, the key thing to remember throughout all of these points is that it’s super important to keep both your audience and the purpose of the event in mind. If your audience is members of the Westboro Baptist Church, a drag queen may not be the best idea. (If you do happen to be a member of the Westboro Baptist Church, please don’t enquire with us).

We recently took a trip to Metro Production Group’s warehouse and are now utterly obsessed with LED walls. Admittedly, they’re nothing new, but generally, the ways in which they are being used is starting to become much more impactful. To really show off what the kit can do, Metro built a room made entirely out of LED walls including the floor. Combined with the use of clever content, the impression left on guests is huge. In fact, that might be an understatement.

One part of the event planning process that always gives our team Goosebumps is receiving the sting. What’s a sting? It’s normally a 30 second to 1-minute long clip which plays at the beginning of an event to announce that it’s about to begin. You know when you’re watching a film and the universal globe clip comes up? It’s that. They’re brilliant for many reasons, the main ones being they get everyone to shut up if you’re about to have a speaker on stage, and they also create a sense of excitement. The music is key here, you want something that makes people stop and pay attention.

OK, I know we’ve been banging on about this for a while, but it’s because we’re massive foodies. Since becoming a move traveled population, naturally, people have brought new dishes back from all corners of the world and sometimes refined them, sometimes left them in their original messy but delicious state. In the summer of 2019, we planned an event that turned a rooftop in Glasgow into a mini-festival, serving craft beer and, you guessed it, street food. It went down an absolute treat. These days, professionals attend events all the time, and the salmon Bellini just doesn’t cut it anymore. Plus, event food is notoriously bad, so it’s an easy one to be remembered for.

Flowers are a tricky one. We’ve seen the flower wall come and go, and we’ve seen shop fronts be adorned with flowers in hope someone will walk by and take a snap for their insta. So surely we should apply the same logic to events? Starting from the outside is a good idea as it sets the president, but if budget is limited, focus on the area which people will spend the most time in. If you’re organising a conference, focus on the room with the main stage. If you’re organising a festival, something by the main bar. Chuck in a neon sign, and you’ve got a guaranteed instagramable hot spot.

Live artists at events are something that has been around for years, but the quality of people coming through is just getting better and better. From paintings to audience interaction pieces, there are so many different options. We know there are many note-takers at conferences. Now there are companies who will literally make a piece of art out of all the key points and notes from your event. Pretty cool right? If you’re liking the idea of live art, check out the guys at Graffiti Life: http://graffitilife.wpengine.com/live-art/

Do you know what would liven up your tax conference? A killer drag queen MCing the whole thing. OK, maybe this is too far for a tax conference, but you get the point. A good drag queen breathes fun into the dullest of situations. Plus, there are those who don’t focus on the ruder side of life. We’ve even seen a Donald Trump drag artist this year… how could you possibly go wrong?

The final of our creative event ideas for today is surrounding invites. Most of the time, the invites are the first thing people see from your event, so they really are your opportunity to set a president. To go back to the original point in the opener of this article, your audience and event purpose will have a massive impact here. Sometimes, simple is better. Boil down what you do or what your event is into its most basic form. This might spark some inspiration. This year we’re hosting a 1 year anniversary party for a Podcast. The invitations were MP3 players with a recording from the host on them, inviting the recipients to the party. Pretty cool right? And so on brand!

If you’d like to hear more show-stopping creative event ideas, come and talk to us. We have plenty!