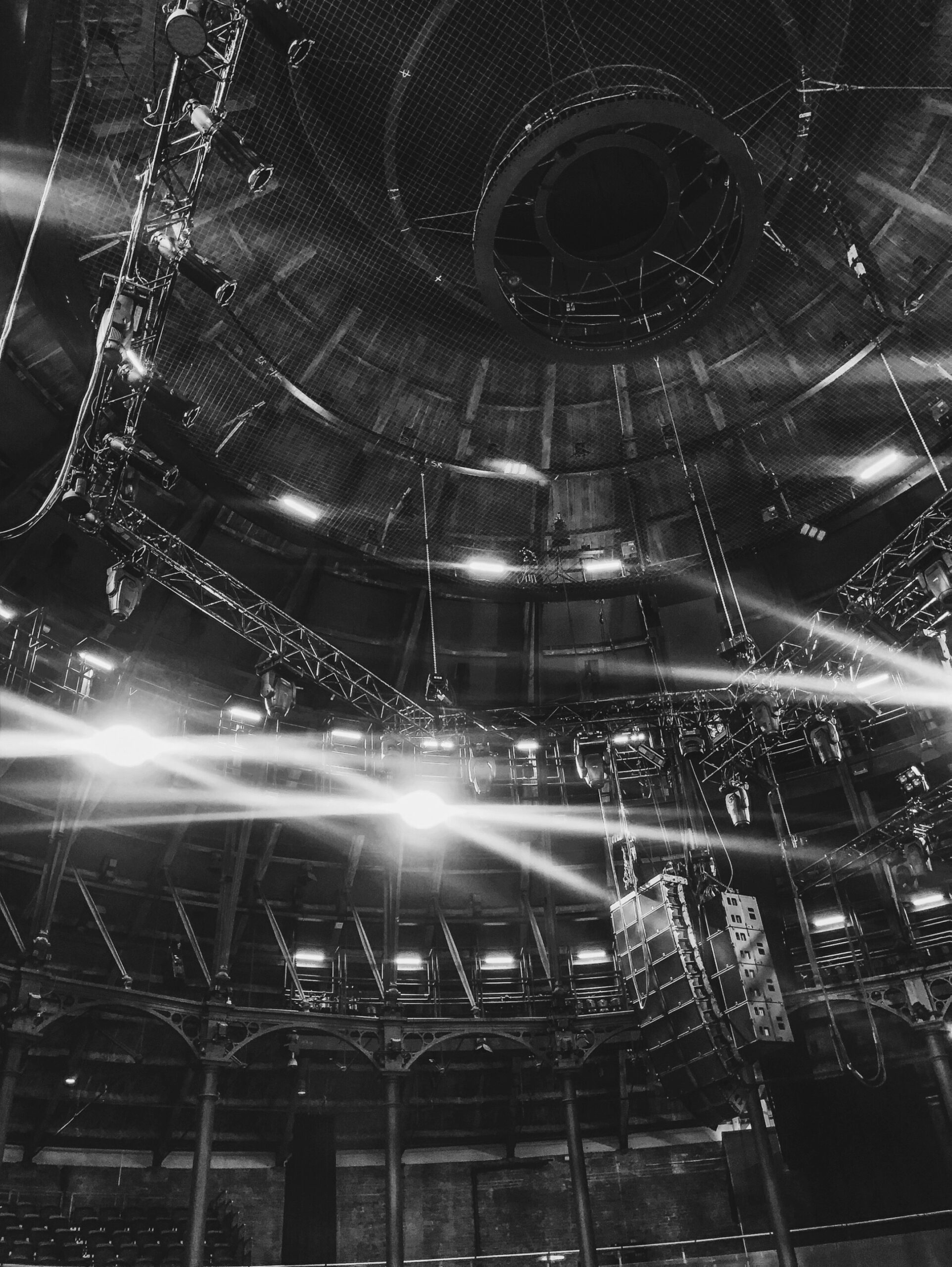 Guys, I’m so freaking excited to tell you that the new black studio is now an approved supplier at The Roundhouse. In case you haven’t guessed, it’s Rebecca here and I’m dictating this rather than writing. Firstly, because that’s just how excited I am and secondly because I wanted you to speak this out loud.  So sorry if that means things don’t make as much sense. Did I mention I’m dyslexic? Only about 4000 times.

I am beyond thrilled to add the Roundhouse to the list of venues that we are accredited at for event management. The Roundhouse isn’t just a venue. It’s a hub of inspiration where artists and emerging talent create extraordinary work. If you know me, you know that creativity and music are two things which are so important to me at work and also in everyday life. I love to see music live and do so as much as I can. Consequently being listed at a space as important as the Roundhouse is honestly pretty insane I think. It is without a doubt one of the most incredible live performance spaces in the world.

The venue has hosted the biggest names in music. One of the first acts whichever performed at the Roundhouse was Pink Floyd in 1966, closely followed by Patti Smith, Jimi Hendrix, David Bowie, Led Zeppelin, The Rolling Stones and many many more. So y’know, only the coolest people ever.

I’ll stop fangirling for the time being and move on to the venue from an events perspective. Obviously, it’s a giant and iconic space to host an event in. For those of you who don’t know the standing reception capacity is 1800, seated dinner 850, and Theatre star for 600, numbers that we all know are difficult to find in London. Just a few stops from Kings Cross on the northern line, this iconic space is also incredibly easy to get to, particularly for guests who have flown to London.

You can hire this landmark venue for 24 hours at a time and it’s yours to play with. As a great two listed building, The Roundhouse has certain rules. Having a trusted list of suppliers is incredibly important here. Some of the best caterers in London are on the list; our favorites being Bubble Food, Zafferano, Blue Strawberry and Food Show. Equally the best production companies in London are there too including Event Concept, Wise and White Light.

The fact that it is such a recognisable name makes it the ideal venue for events. You simply have to glance at the picture attached to this article to get a glimpse of that impeccable structure. It’s still so easy to see the space as it was in its former life, a train shed. There aren’t many venues that have the level of architectural and industrial interest as the Roundhouse.

We cannot wait to start producing some imaginative, creative, and impactful events at Roundhouse. If we can help you out, give one of the team a shout. We’d love to hear from you.